As we reported last night West Midlands Metro have been celebrating their 20th anniversary with a series of special events across the network. With 30th May the exact anniversary of the formal start of services back in 1999 a special VIP event took place at Wednesbury Depot which saw the unveiling of a special anniversary livery on Urbos 3 19 (surely a missed opportunity to use 20 although with 20 not yet having batteries fitted that probably explains why it wasn’t chosen). The tram then entered service during the afternoon with a party onboard including special goodies and entertainment.

The new look for 19 is in the same style as the other Urbos3 trams which have received adverts during 2019. The old magenta sections of the livery have been obliterated with the ends receiving the blue vinyls and then above window adverts along with a full height advert on the centre section. The special West Midlands Metro 20th anniversary logo features heavily on these new vinyls.

19, of course, had only returned to service with the batteries fitted on Saturday 25th May at which point it was still in the old magenta, white and silver livery meaning its use in this condition was very limited indeed! 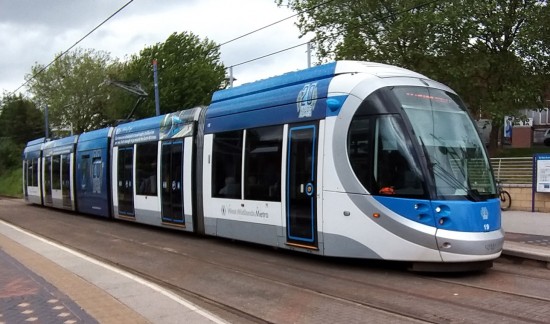 The new look for 19 is seen at West Bromwich Central shortly after the tram had started its birthday party. (Photograph by Mark Cufflin, 30th May 2019) 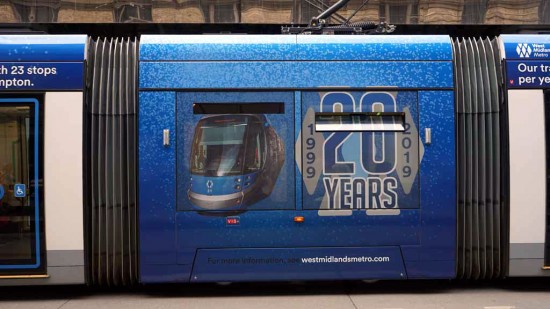 A close-up of the centre section of the tram showing tram 31 (on 19!) and the 20th anniversary logo. 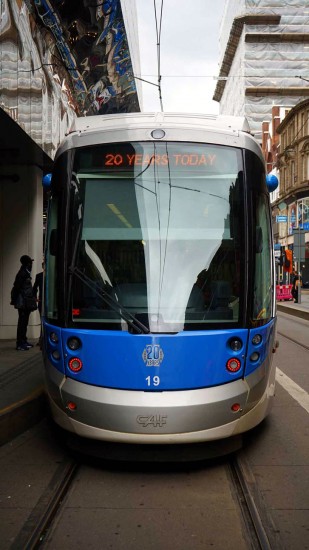 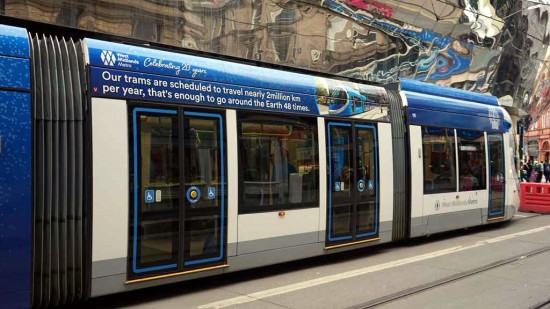 One end of the tram showing the above window vinyls including the fact that in a year trams could go around the earth 48 times!

Another part of the tram showing another information vinyl. (Photographs x4 by Andy Walters, 30th May 2019)