Due to this website being titled British Trams Online, we very rarely feature trams outside the British Isles – but today we are making an exception due to the appearance of a tram which is destined for a long operating career in the UK being displayed at a transport event overseas. The vehicle in question was Blackpool Flexity2 002, which has already briefly operated on the Fylde Coast before returning to Germany for remedial attention.

002 has now reappeared in Berlin, several months after it was returned to Germany for uncomfirmed work. The new tram is one of the star attractions at InnoTrans 2012 – an international trade fair for the transport industry, showcasing vehicles and conponents to potential buyers, as well as the general public. Having been returned to the country where it was built provided an ideal opportunity for manufacturers Bombardier to show off its latest tramcar design, the Flexity2, and this was displayed along with a Flexity Classic vehicle which is destined to run at Krakow in Poland. Having run at Blackpool in a plain base livery of purple and white, the tram has now been finished off with the further livery decals, possibly hinting that it may soon be ready to join its sisters in regular service.

InnoTrans 2012 runs from 18th to 21st September inclusive for trade visitors, and the open air display site where 002 is currently located will then be open to the public this weekend, 22nd & 23rd September.

It is not known what work has been carried out on 002 or how far advanced this is, but hopefully the tram will soon return to these shores to provide the full fleet of 16 Flexity2 trams for the rejuvinated Blackpool system, meaning that this could be the last chance to see one of the Blackpool cars in Germany.

For more information on the event, please go to http://www.innotrans.de/en/ Finally, grateful thanks go to Christoph Heuer for providing us with much of the information and the photo contained in this article. 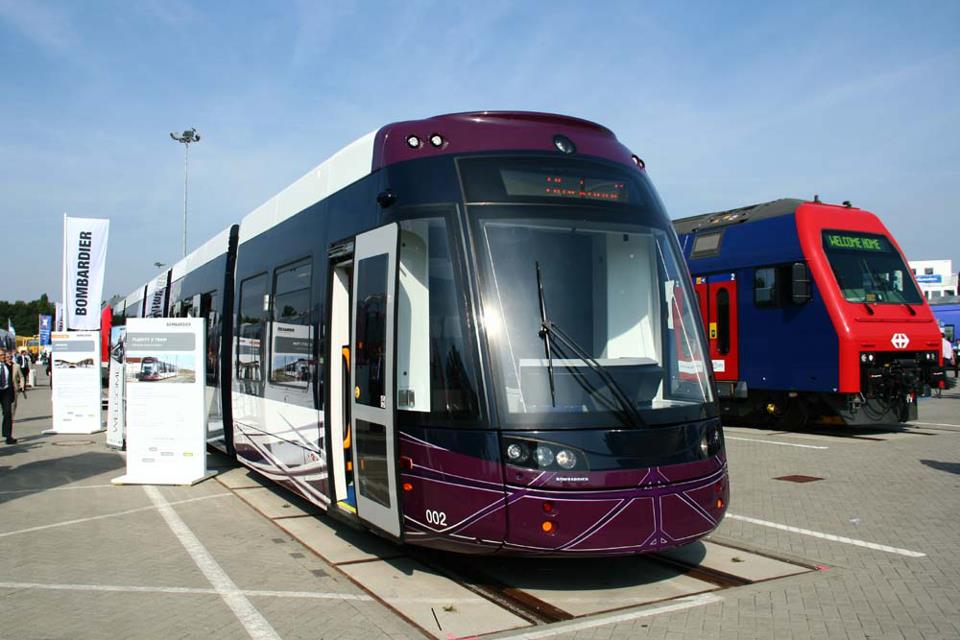 Surely one of the most unusual images ever published on British Trams Online, is this shot of Blackpool Flexity 002 at the InnoTrans 2012 trade fair in Berlin, taken on 18th September. (Photo by Christoph Heuer)

2 Responses to Blackpool 002 reappears – in Berlin!