Posted on Friday 8 September 2017 by Gareth Prior

For well over a year we have been following the story of the lack of access from the Midland Metro stop at St Chad’s (or Snow Hill as originally named) with the only way to get to the stop to walk along the tramway from Bull Street. As a result the stop has become fairly poorly used (even though it is close to the mainline station at Snow Hill). A lift and stairs have been under construction for some time and at the start of September they were finally opened to the public meaning you can now get down to street level and then into Snow Hill station. 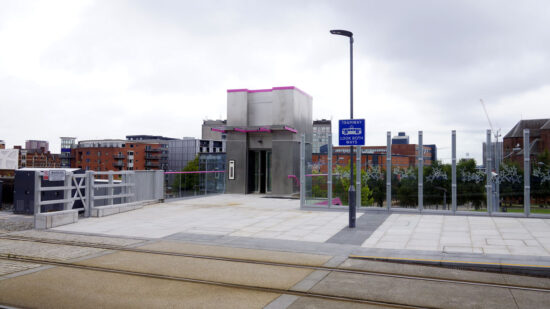 Barriers removed and the lift and stairs are now accessible. 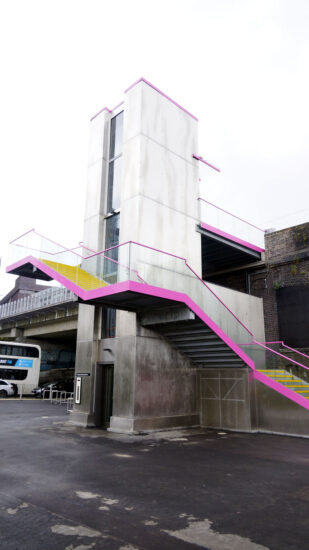 The stairs viewed from street level. 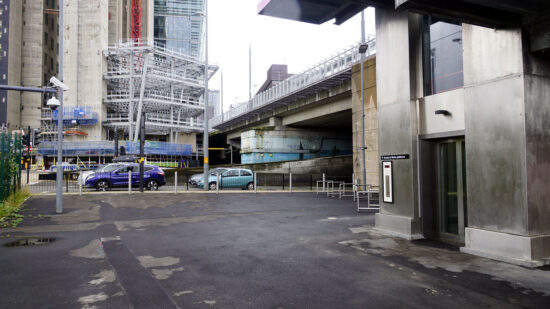 The lift seen at street level with a view across towards the tramway into the city centre. (All Photographs by Andy Walters)