Posted on Saturday 2 September 2017 by Gareth Prior

In this edition of Picture in Time we are back in the West Midlands for an image from Midland Metro of T69 03.

As with all of the T69s 03 was built by Ansaldo at Caserta Works arriving at Wednesbury Depot on 17th June 1998. In the lead up to the opening of the line between Birmingham and Wolverhampton 03 was unfortunately damaged in a lightning strike which led it to be unavailable for service for a while to allow repairs to take place, delaying its official entry into service. Once this initial teething trouble was out of the way 03 settled into a regular pattern of operation receiving the name Ray Lewis on 30th April 2004. The tram became the third T69 to be withdrawn from service in December 2013 but remained hanging around Wednesbury until it was transferred to Long Marston on 11th March 2016. 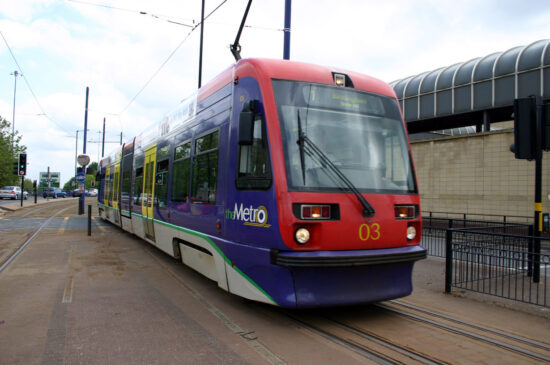