The end of the 2011 illuminations season in Blackpool marked the end of the working careers for several of the town’s traditional trams, as the tramway prepared to enter a new phase of its long history. All eight of the Centenary class were officially withdrawn after service on Sunday 6th November (although 648 has since been resurrected as a ‘heritage’ car), and most of them have since moved to new homes. One such car is 643 which now resides at Broadwater Caravan Park.

At one time the future of 643 seemed far from secure with no preservation groups or individuals expressing interest in acquiring it. However, salvation for 643 came in the unlikely form of Broadwater Caravan Park who, seemingly inspired by the arrival of sister car 644 at the nearby Farmer Parr’s Animal World attraction, decided to purchase the tram. Within just a few days, 643 went from being unsold and seemingly unloved, to leaving Rigby Road on the back of a low loader! After its pantograph and transponders were hastily removed it left Blackpool on January 13th 2012, arriving at its new home later that day, where it was unloaded in the car park at the entrance of the caravan park onto some simple but effective makeshift rails.

Since then it is believed that some work has been carried out on the interior of the car, although this is not immediately apparent just by looking at it. It retains the drab black and white base coat from a previous advertising livery; the only changes externally have been the removal of its Metro Coastlines logos on one side, and the addition of new slogans on the centre exit doors on the same side.  These pronounce the intended role of the tram as ‘Grunty’s Fun Club’, suggesting that presumably it is destined for use as a play area for children. Indeed, the tram has been placed closed to the caravan centre’s existing outdoor playground. It is pleasing to report that, despite being stored outside for over seven months, 643 still looks well and almost as if it is waiting for its next day of service! Apart from being very dirty the tram remains fully intact and hopefully will stay that way for the forseeable future.

Although 643‘s long-term survival should not be considered secure, at least the tram has dodged the scrapman for now, and perhaps one day it could be rescued and preserved by a museum. Having seen derelict tram bodies used as holiday homes and chicken coops restored and returned to service, anything is possible so long as 643 survives in some form! 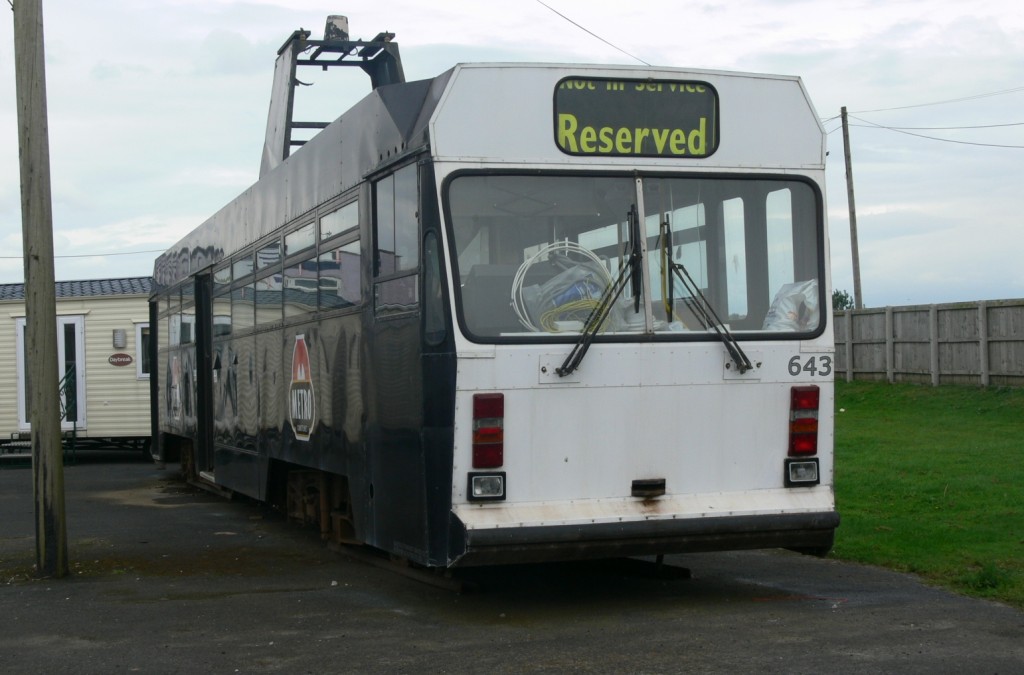 Clearly visible from the adjacent road, this view of 643 is how visitors are welcomed on arrival at the Broadwater Caravan Park. (Photo by Andrew Waddington) 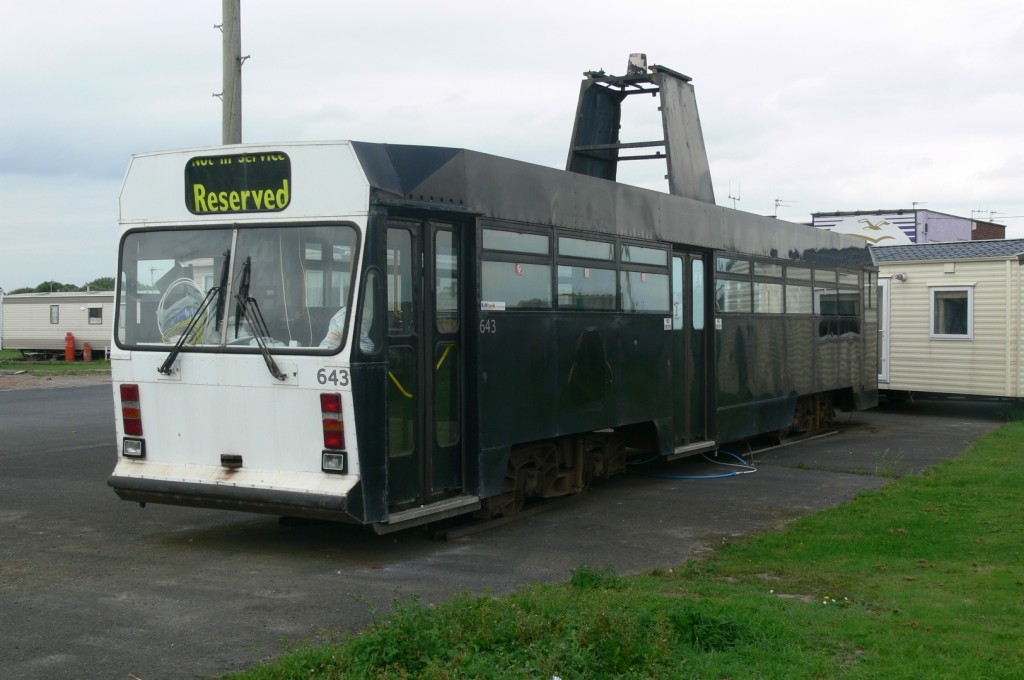 The other side of 643, now minus its Metro Coastlines vinyls. (Photo by Andrew Waddington) 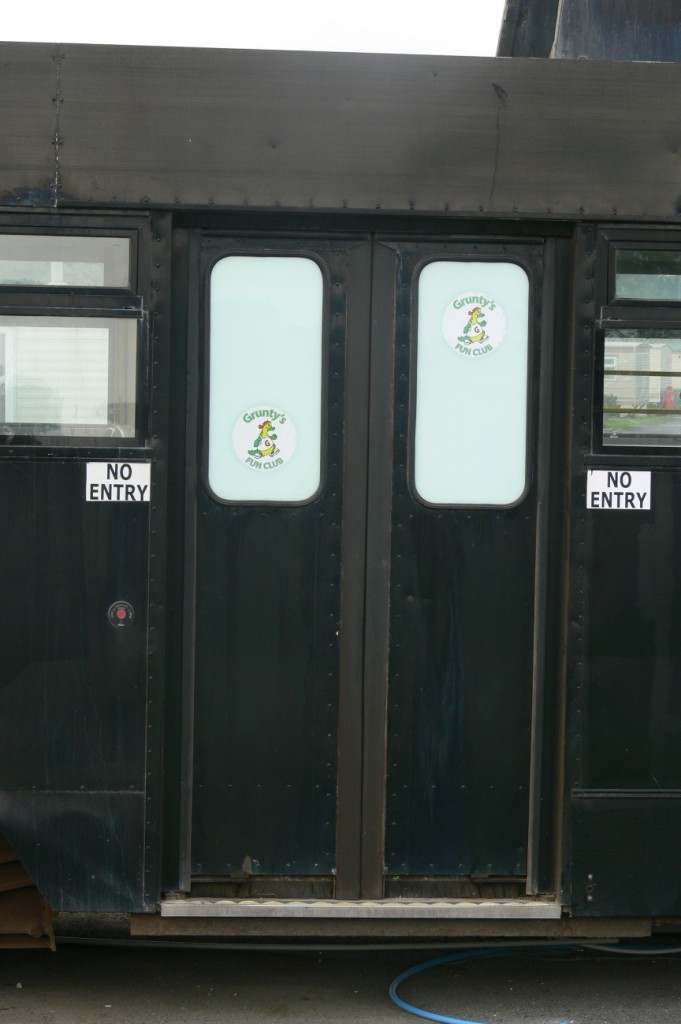 A close-up view of the centre doors on 643 - or should that be Grunty's Fun Club headquarters!? (Photo by Andrew Waddington)