The future of Blackpool Brush Railcoach 637 is currently in some doubt after its private owner was given notice that a new home must be found for the tram after Christmas. 637 is at present stored at a compound on the Fleetwood docks along with many of the Fleetwood Heritage Leisure Trust’s trams, but the FHLT have now informed its owner that it must be removed in the near future.

Some work has already been undertaken on 637 since it moved to Fleetwood for storage, mainly focused on repairs to its roof; the car was previously owned by Merseytravel and stored at Knowsley before being sold into preservation. However, a new home is now needed for the tram as it may be in the way of the plans of the Fleetwood-based group. Its owner has been attempting to find suitable accommodation for the tram, ideally at a museum or heritage tramway, but so far this has been without success. Although the owner would prefer to retain ownership of 637, they have indicated that they would be willing to consider selling it, if this were to give it a better chance of survival. The worst case scenario would obviously be if the tram were to be scrapped, as although it has clearly seen better days it could be a good restoration candidate.

If any readers of this website feel they may be able to help save 637, particularly in regard of providing suitable accommodation for the car, please do get in touch as time is running out! The tram’s owner can be contacted via the Facebook group titled ‘Blackpool 300/637 Railcoach Restoration’, or alternatively messages can be forwarded on to them via British Trams Online. 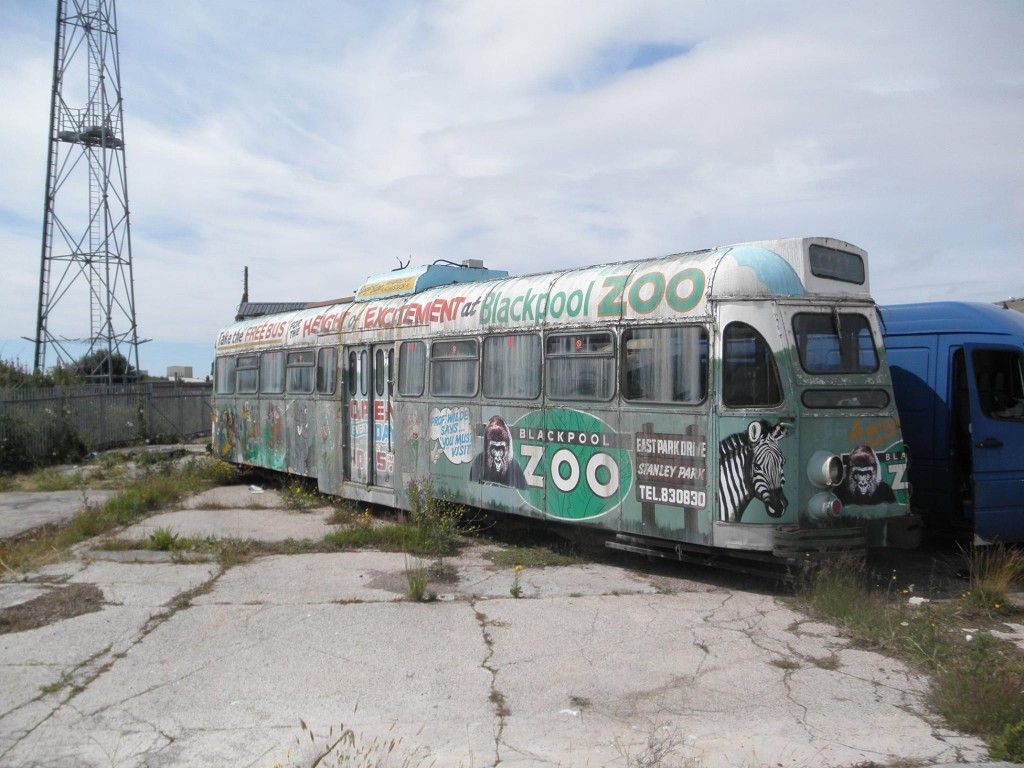 Brush car 637, still wearing its advert livery for Blackpool Zoo, is seen at its present location in Fleetwood. Although very shabby, the tram looks structurally complete which must make any future bid to save the tram a more attractive prospect. (Photo courtesy of Blackpool 300/637 Railcoach Restoration Facebook page)