Trams on the move from NELSAM

On Wednesday 21st September, initial preparations were made at the North East Land, Sea & Air Museum (NELSAM) at Sunderland, to remove the illuminated Hovertram 735 from their storage depot for its journey by road back to Blackpool for an extended loan period, as was announced earlier in the year. However, this task was complicated by the fact that two other Blackpool trams were positioned in front of it – meaning that both had to be moved out of the way first.

The first job of the day was to move Blackpool Balloon 721 from depot track 3 to track 2. As the tracks are not joined up the only way to do this was to use a low loader, with 721 then positioned at the top of track 2 in front of Twin set 674+684 and Centenary car 647. This spot was formerly occupied by Blackpool Brush Railcoach 634 which of course left the museum several months ago after being donated to the Blackpool Heritage Trust by its previous owner.

Next to be moved was Blackpool Balloon 708 but this was tram was destined to travel considerably further than its sister. Owned by the Manchester Transport Museum Society, it has recently been decided to move 708 to Blackpool for a further period of storage closer to its ‘home’ tramway at Heaton Park (although in fact it has never actually resided there). Agreement has been reached with Blackpool Transport and so, later that day, the familiar shape of 708 appeared on Blundell Street for the first time since 2011. There are currently no firm plans for 708‘s future and it is expected that it will merely continue to be stored on behalf of its owning group; as it is not in a serviceable condition there appears to be little chance of it running in Blackpool, at least not without major work being carried out on it. In the meantime, the MTMS have expressed their gratitude to the North Eastern Electrical Traction Trust for taking care of the tram for the last few years, and to BTS and the Blackpool Heritage Trust for taking it under their collective wing.

The moves of both Balloon cars has enabled Hovertram 735 to be dragged to the front of the shed where it stood at the end of the day, awaiting its turn to make the journey back home to Rigby Road. Hopefully this will happen within the next few days, and it would be wonderful if 735 could be displayed to the public at the tramway’s anniversary event being held at the weekend. This unique tram’s return will reunite all of the 1960s illuminated feature cars for the first time in a decade, and opens up another potentially exciting opportunity for a future restoration project by Blackpool’s heritage team. 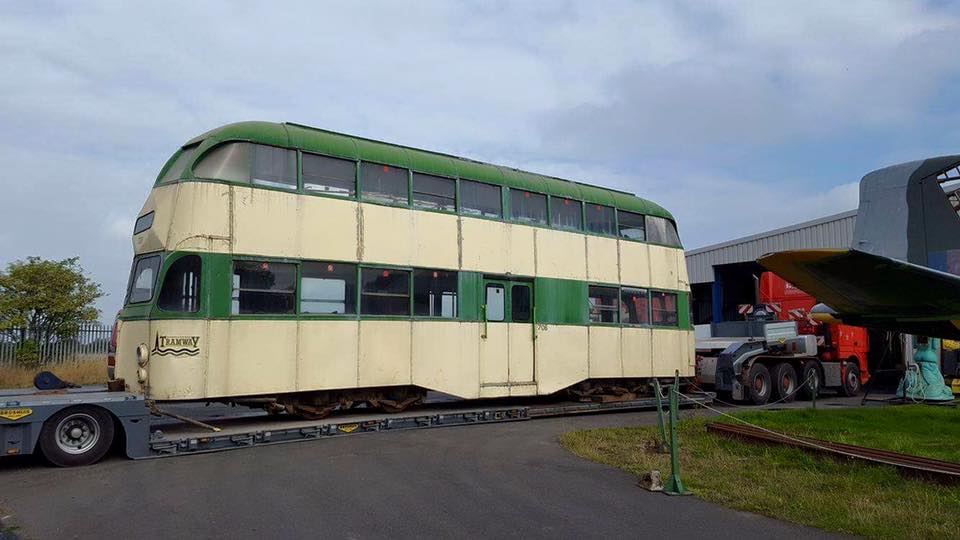 Balloon 708 is seen loaded up and ready to leave its temporary home in the North East behind, ahead of a journey back to Blackpool. Although shabby in appearance, 708 is still believed to be mostly intact. 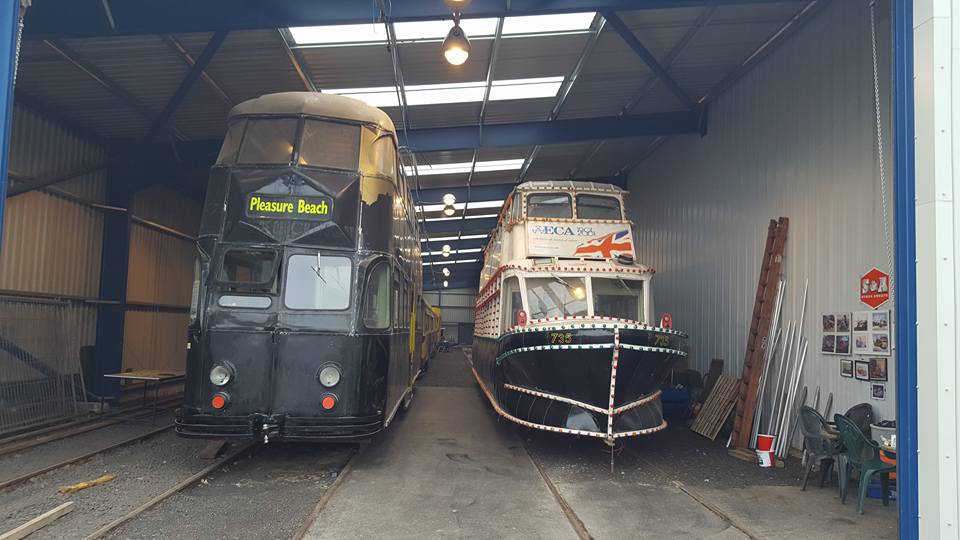 The scene in NEETT's tram shed at the end of 21st September with black Balloon 721 now at the top of road 2, alongside the Hovertram which is seemingly raring to go on its next adventure which will take it back to the Fylde after a ten year absence. (Photos by John Gilder)

7 Responses to Trams on the move from NELSAM