The small fleet of modified ‘B Fleet’ Balloon cars in Blackpool which were intended to be used on stage carriage work to supplement the core LRT service post-2012, have found themselves with an increasingly confused role of late. Latterly used on heritage tours and little else, it therefore came as a nice surprise to see car 700 make a brief appearance in ordinary service on Sunday 7th August.

The annual air show held on Blackpool promenade is a huge draw for visitors and despite windy weather, the 2016 event which started on 7th August was no exception. Huge crowds of people flocked to the promenade to see a whole host of historic aircraft performing impressive displays, but once the show was over, naturally many of these people looked to public transport. With this in mind, Blackpool Transport opted to send out Balloon 700 as an unadvertised special during the latter part of the afternoon, to assist with shifting the crowds. The tram ran empty from Rigby Road depot to North Pier, where the biggest crowds had gathered. It then performed a very short trip to Cabin where it reversed before returning to North Pier, then headed north to Bispham. Finally the car then ran back south to Manchester Square where it terminated and returned to the depot. Although this was a frustratingly brief stint of service for 700 (and unusual in that it never went to Pleasure Beach!), it was most pleasing to see the effort made to run one of these trams for its intended purpose. Hopefully other such peak times will see further outing for the modernised Balloon cars as true service trams, with the illuminations potentially the most likely time for them to be utilised.

Thanks to Rob Bray for providing information on 700‘s movements to assist with this report. 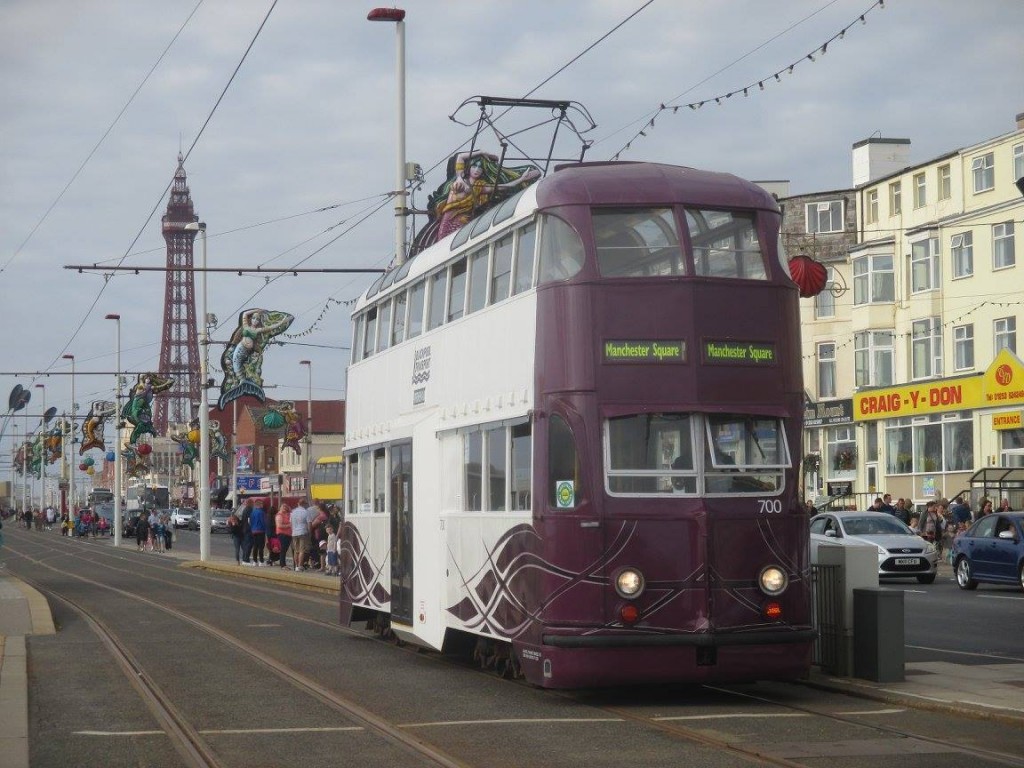 Balloon 700 is seen at Manchester Square at the end of its brief stint on service on 7th August. (Photo by Rob Bray)

5 Responses to B Fleet Balloon car runs in service