As expected Ozzy Osbourne was in Birmingham City Centre on Thursday 26th May to unveil his name on the side of the newest of the Urbos 3 trams, 37. The ceremony took place at the new stop on Corporation Street with Cllr John Clancy, leader of Birmingham City Council, and Cllr Roger Lawrence, the chairman of Centro ITA, also present.

This is the second of the Urbos 3s to receive a name – 35 was named Angus Adams by The Queen in November 2015 – and like 35 takes the form of a transfer although this time in less than traditional font.

The naming took place as driver training continued ahead of the full opening of the city centre extension with public services set to launch to Grand Central on Monday 30th May. 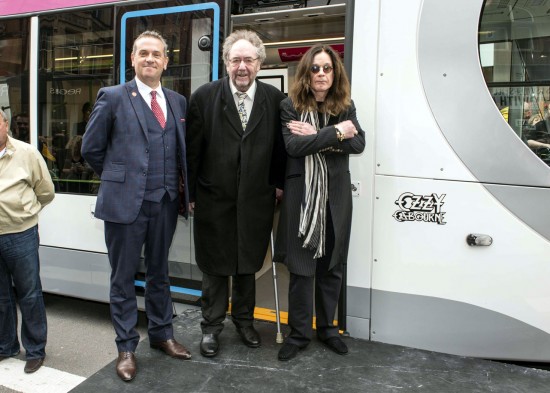 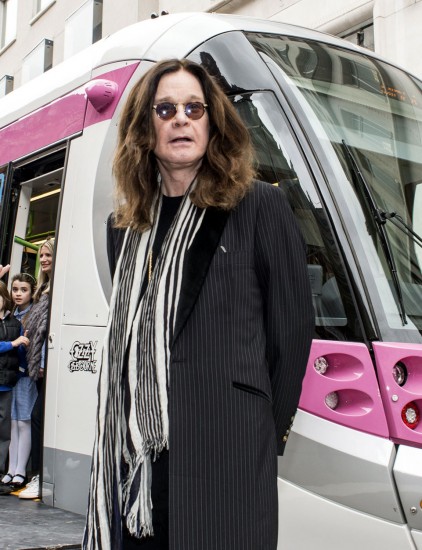 Ozzy Osbourne in front of his newly named tram. 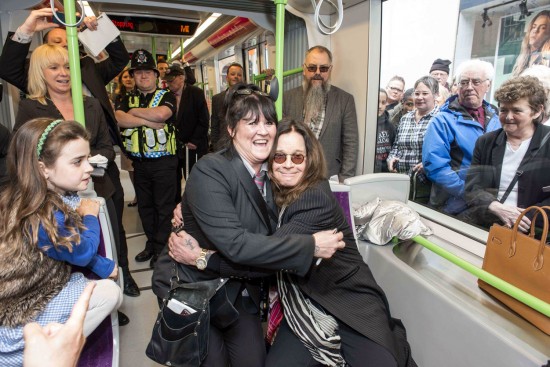 Inside the tram and Ozzy Osbourne gives the conductor a hug. 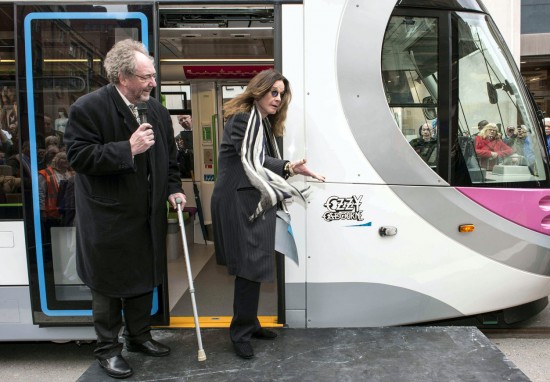 Shortly after the name was unveiled. (Photographs x4 courtesy of Centro) 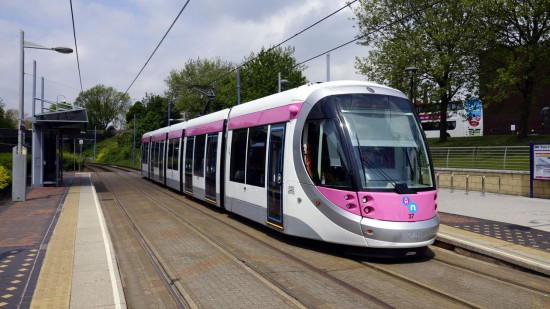 37 at West Bromwich Central on 27th May showing off its new name. (Photograph by Andy Walters)