A very good Friday for Blackpool!

The Easter weekend got off to a fantastic start in Blackpool on Good Friday, 25th March with a ‘bonus’ heritage tram service operating. Although unfortunately it was decided not to run a gold timetable on this Bank Holiday, a few very special attractions combined with glorious spring weather ensured that this was a very enjoyable day for those who descended on the seaside town early for the weekend’s events.

The Easter holidays kicked off with a two-car blue timetable starting at the unusually late time of 1300. Due to the unseasonably fine weather this was worked by Open Boat 227 (making its first appearance in service this year, and the second of a Boat car following sister 230‘s use in February) and Balloon 715, the pair shuttling between Pleasure Beach and North Pier for the afternoon with a few trips to Cabin thrown in for good measure. Of note, this was also the red Boat’s first outing since being fitted with new destination blinds and the first for any tram to show the destination ‘North Pier & Tower’.

The late start was to allow a special evening service to operate with the same crews, and so after both 227 and 715 ran in, their crews took a break before bringing out Brush car 631 and Twin set 675+685. These trams both ran from North Pier to Fleetwood about twenty minutes apart, providing a very rare opportunity for the public to ride on heritage trams to Fleetwood Ferry in the evening. The duo then both headed south to Thornton Gate, where they reversed and returned to the northern terminus in darkness. However, there was another surprise in store as Balloon 717 also appeared on a private hire working, and on arrival at Fleetwood it was stabled on the passing loop, allowing it to be photographed alongside the Twin set. Both trams were then posed on Pharos Street before 717 followed 675+685 back to North Pier in passenger service, with both then running back to Rigby Road depot long after darkness had fallen.

The interest was not solely confined to the heritage tours however as a few spare Flexities also ran as specials to boost the core timetabled service – although as is so often the case in Blackpool their allocation was a bit erratic and at one point three trams were stabled at Little Bispham together, filling the loop! All the same, Blackpool Transport deserve credit for putting out extra trams on Good Friday and hopefully further specials will be used over the Easter weekend. 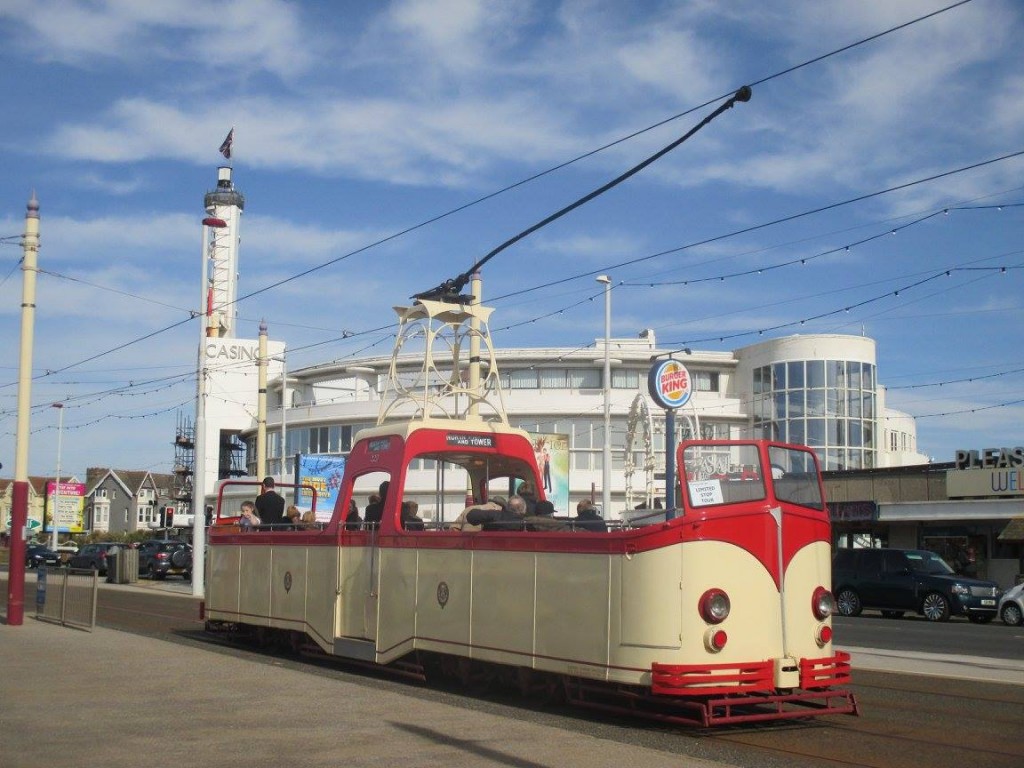 Boat 227 shows off a previously unseen destination setting, 'North Pier and Tower', as it heads away from Pleasure Beach. (Photo by Rob Bray) 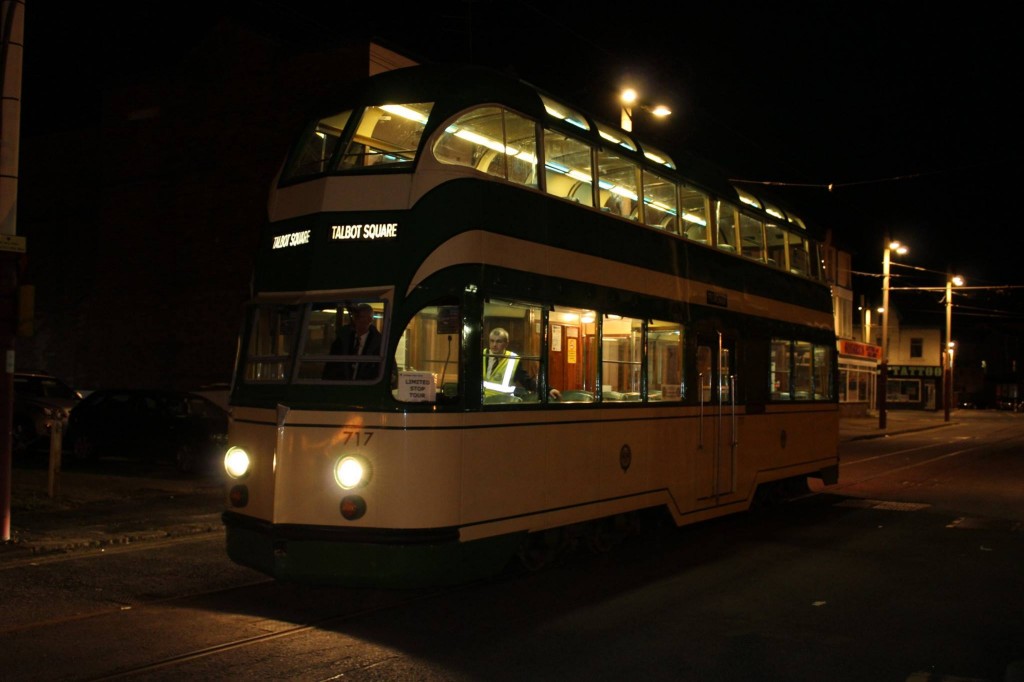 Balloon 717 arrives back at Rigby Road depot after its evening adventures on Good Friday. (Photo by Bradley Jones)

1 Response to A very good Friday for Blackpool!