Last week we reported the exciting news that Blackpool Trailer 681 had been moved from the Fleetwood Heritage Leisure Trust’s storage compound to undercover storage at Rigby Road, having been repatriated by the Blackpool Heritage Trust to be reunited with its long-term coupled partner, 671. We can now bring readers some more pictures showing 681 leaving Fleetwood.

681 had spent some months stored at Fleetwood docks along with numerous other preserved Blackpool trams, after being offered for sale by its previous owners, Merseytravel. However the tram is now set for a much brighter future back in Blackpool and returned home on Friday 26th February, with Calkeld’s Heavy Haulage in charge of the operation. Unusually 681 travelled along the promenade road for much of its journey home, revisiting some familiar landmarks which it will no doubt see again at some point in the future when it is returned to an operational condition.

We are grateful to the webmaster of the ‘Blackpool Balloon Tram 726 / 263 Restoration’ page on Facebook who has provided these images of 681‘s departure. This page is a good source of information and pictures on the trams still stored at Fleetwood and is well worth a look. 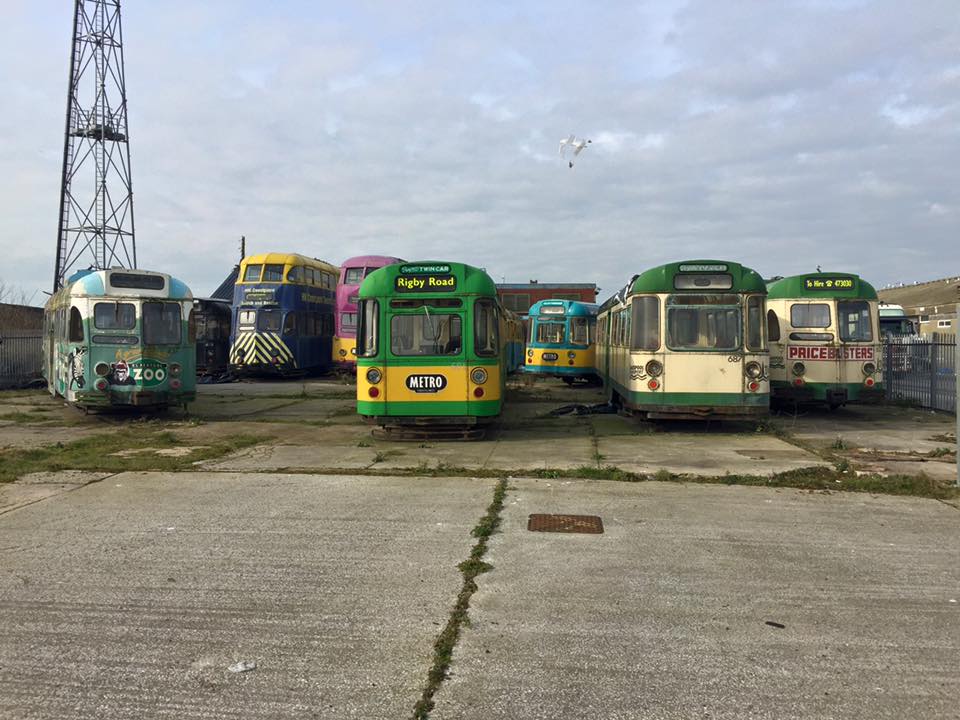 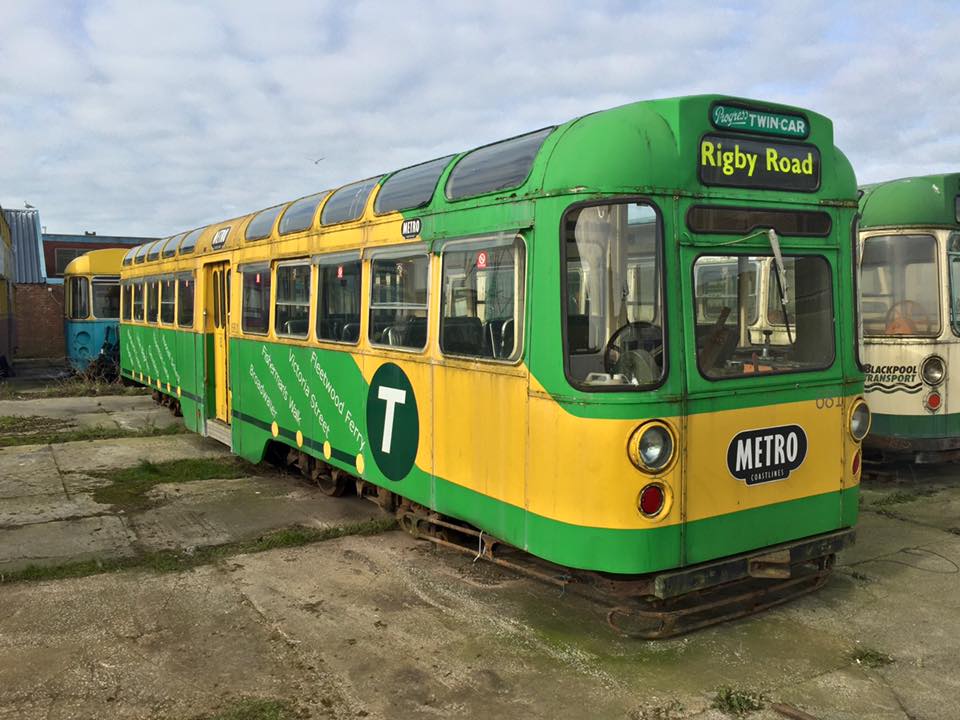 Despite a lengthy period of being stored outside - first at Knowsley and latterly in Fleetwood - 681 looks in remarkably good condition, as this picture suggests. The interior has also stood up well against the odds which must boost its chances of an early return to service. 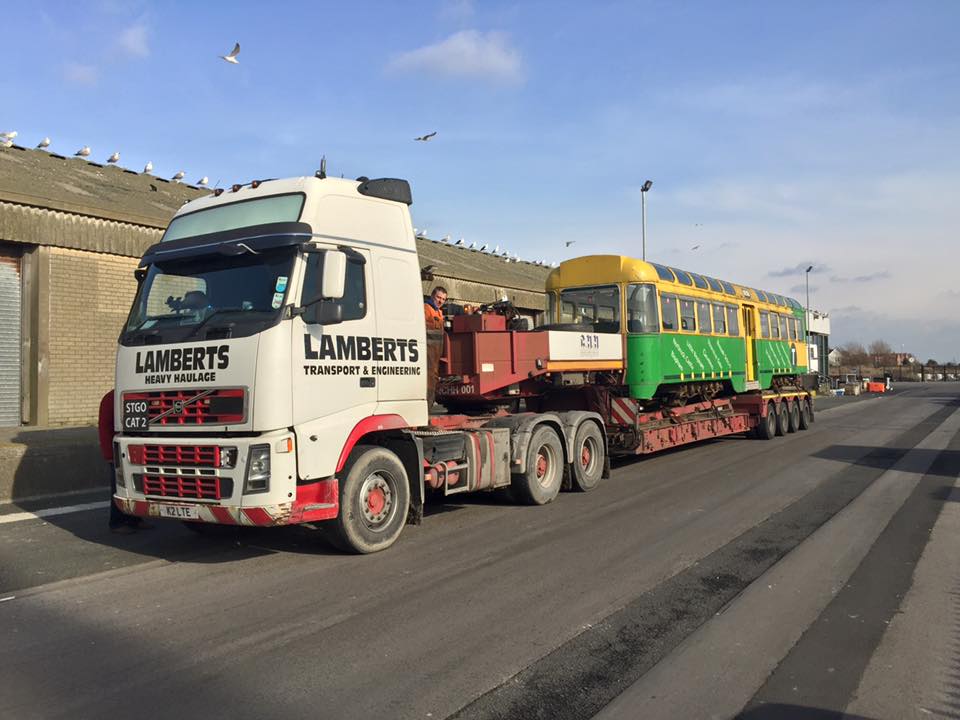 681 loaded up and ready to leave Fleetwood and enter a new, and hopefully more prosperous, stage in its career. 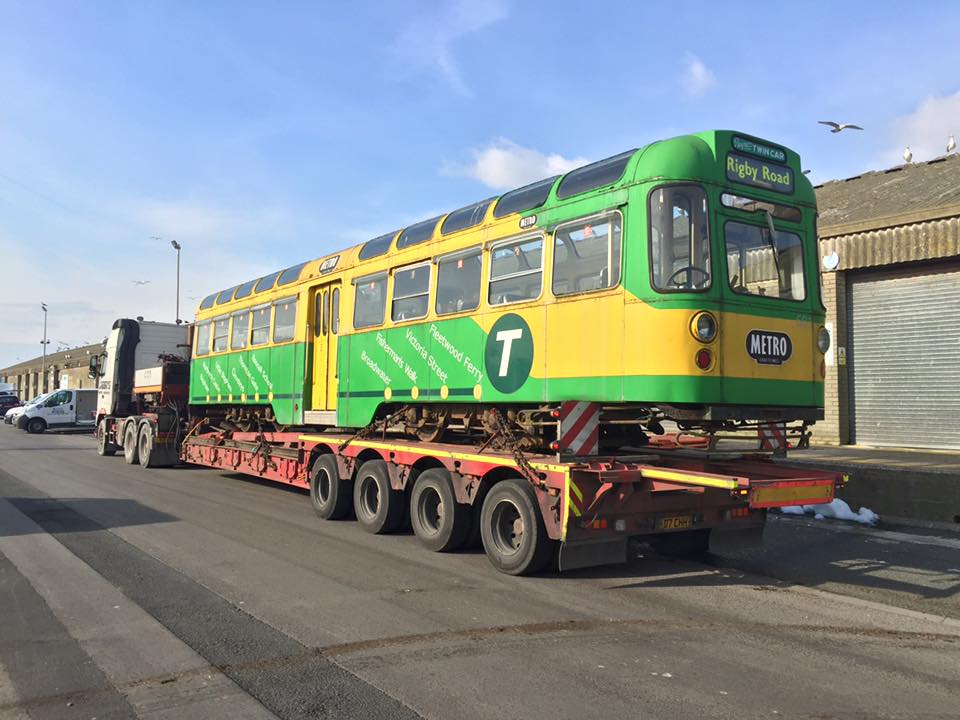 Presumably the next time 681 reaches the town of Fleetwood, it will running with 671. It is unlikely to return to the docks however! (All photos courtesy of Blackpool Balloon 726 Restoration Facebook page)