After finally arriving at Beamish Museum on 2nd March following a long and eventful road journey from its home town, no time has been wasted in preparing Blackpool Standard car 147 in its temporary new home. The following day, the tram operated on the main line at Beamish – marking the very first time it had ever run on a tramway other than Blackpool.

Following its arrival and unloading, 147 was hastily commissioned which included the fitting of a trolley pole and removal of some small windows which had been damaged in transit. Once the necessary examinations had been completed, 147 ventured out of the depot and onto the main line under its own power. Initial moves saw the tram operate around the entire length of the museum’s tramway circuit, with further testing on the notoriously steep Pockerley Bank. After the museum had closed for the day, the car stayed out to allow some of the regular tram crews to be familiarised with its operation. Having similar equipment to Blackpool 31 – the main difference being that 147 is fitted with air brakes – its operation should not prove too challenging and after further training runs on Friday 4th March, the car should be ready for passenger service during the ‘Power from the Past’ weekend. With the external paintwork of Sheffield 264 not sufficiently complete for this tram to emerge at the weekend, 147 should be the undisputed star attraction and then is set to enjoy frequent use at Beamish for much of 2016. 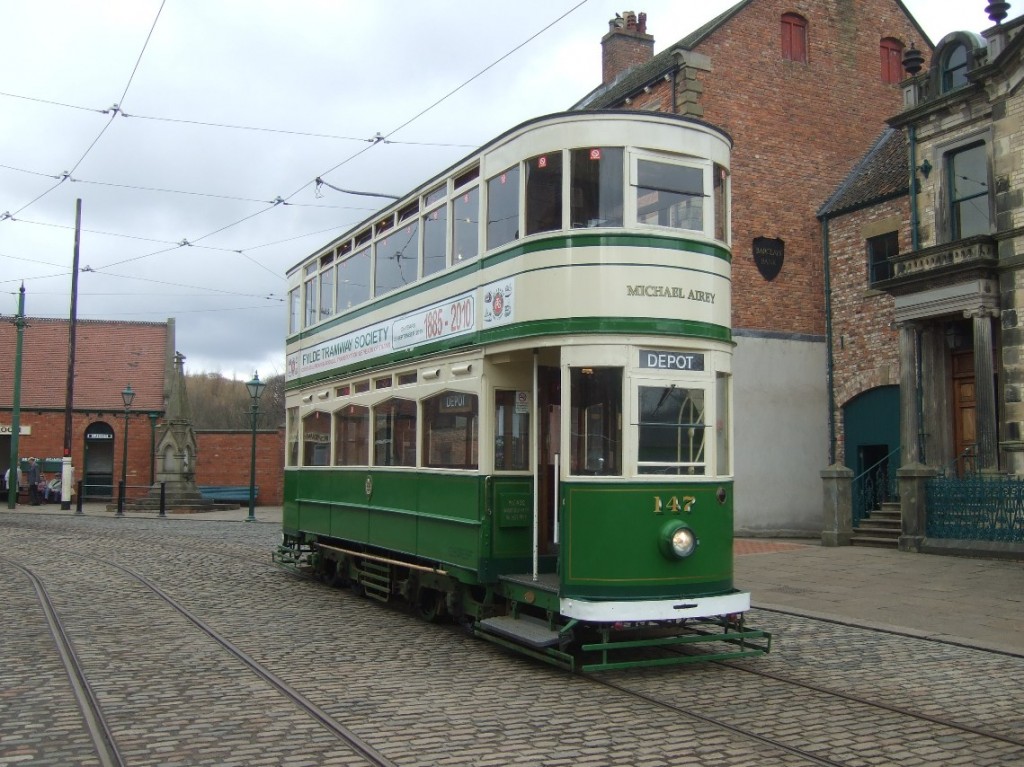 A splendid scene with Blackpool 147 looking very at home in the superb setting of Beamish Town during its first day of test running on the museum tramway. (Photo courtesy of the Beamish Transport & Industry Blog)

4 Responses to Standard 147 runs at Beamish