Saturday 21st November was another exciting day for Blackpool’s heritage trams, in spite of the fact that none were due to operate in passenger service on this date. However, three trams were required for private hire duties, the undoubted highlight being a rare visit to Fleetwood by the illuminated Western Train 733+734.

As part of the town’s annual Christmas lights switch-on, the Train was selected as one of the stars of the festive lantern parade along Lord Street. With normal service trams terminating at Fisherman’s Walk for the duration of this event, the Western Train was loaded up with invited guests including local children who had won a competition to ride on the tram, partaking in the procession with many people clutching bright lanterns and Father Christmas himself, who opted to ride in an open top car rather than aboard the unique illuminated tramcar. Once at the Ferry, 733+734 off-loaded and then headed back south; however, unusually it was then commandeered for a second private charter, carrying a party of people from the Cabin to Cleveleys. This also resulted in an extremely rare move with the Train using the crossover at Cleveleys to reverse before heading back to the depot with the carriage leading – could this have been the furthest it had ever travelled backwards? This was also believed to the first time that the Western Train had ventured to Fleetwood manned by a volunteer crew, who certainly appreciated the honour of crewing this iconic vehicle!

As mentioned above, two other historic trams also made appearances on the promenade on the same day. The action had began with Brush Railcoach 631 transporting a wedding party – something which has become an increasingly popular occupation for the heritage fleet, no doubt helped by the close proximity of one of the heritage tram stops to the Festival House wedding chapel near North Pier. Balloon 717 was also out and about, this time for a filming assignment for the BBC, with the judges of Strictly Come Dancing being filmed aboard the car for a segment on the popular TV series the following night as part of its annual pilgrimage to the Blackpool Tower Ballroom.

As well as private hire commitments, the heritage fleet will also be kept in employment for the first three Saturdays in December when the illuminated Train will be acting as Santa’s Grotto, whilst two other cars operate a half-hourly service between Pleasure Beach and Bispham for much of the day. This is expected to utilise a Twin car and one other tram, with 717 likely to be the first choice as it is fitted with saloon heaters. It is remarkable to think that most of these trams would have been in hibernation for the winter months prior to the tramway upgrade, yet now they have supposedly been replaced, they are actually finding work throughout the year! 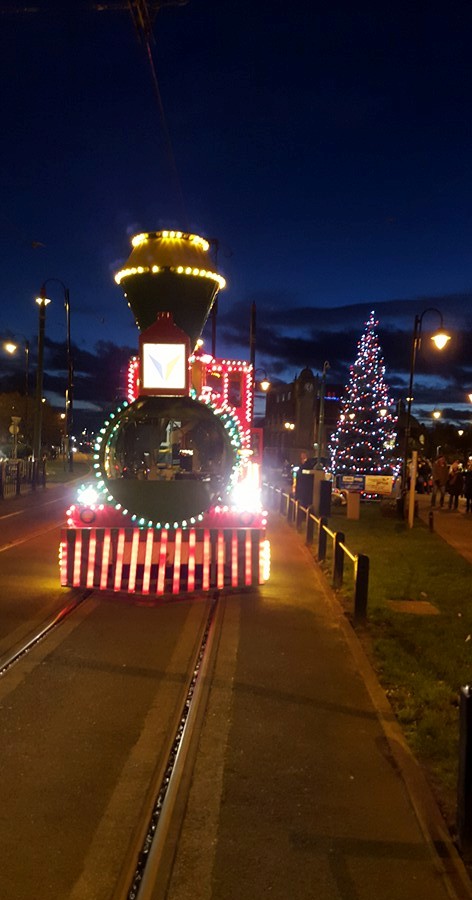 The Western Train 733+734 poses alongside the Christmas tree at Fisherman's Walk, Fleetwood on arrival at the town on 21st November. 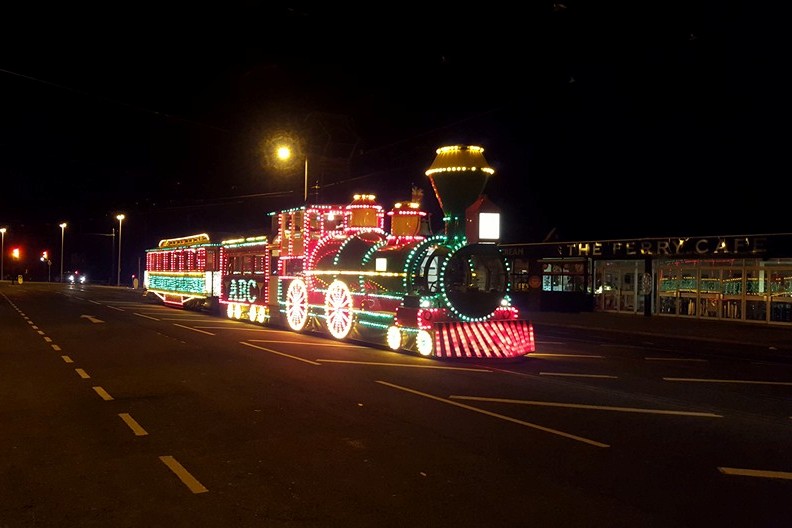 After participating in the Fleetwood Christmas lantern parade, the Western Train is seen taking a brief pause outside the Ferry cafe. 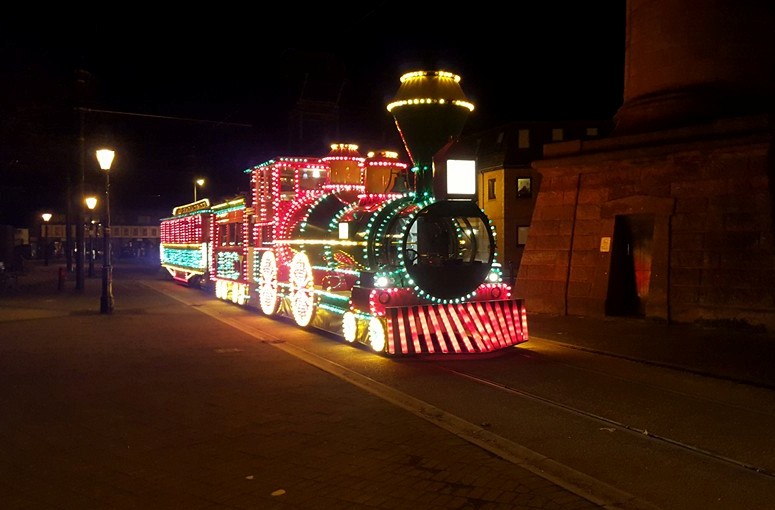 A final view of 733+734 on Pharos Street before returning to Blackpool for their second charter of the evening. (Photos x 3 by John Whitehouse)