Recent work in Blackpool Transport’s Rigby Road workshops on returning Twin set 675+685 to a serviceable condition has focussed on the trailer car, which has spent several weeks in the Paint Shop. However, attention is expected to turn towards its partner 675 imminently and it was seen being shunted around the depot on 7th July in preparation for work to commence.

Whereas 685 is now at an advanced stage of being repainted in the 1970s style green and cream livery, 675 still retains the colourful red and yellow Metro Coastlines livery it has worn since 2005. The tram actually still looks quite smart despite having been stored in the depot since it last ran on the final evening of the 2011 season, but soon its cheerful red livery will be consigned to the history books and it will adopt a more traditional garb. Therefore, the chance to see the tram again before it moves into the Paint Shop was very welcome – but as nice as it looks, we can’t wait to see how it looks, along with 685, when it returns to use later this year! 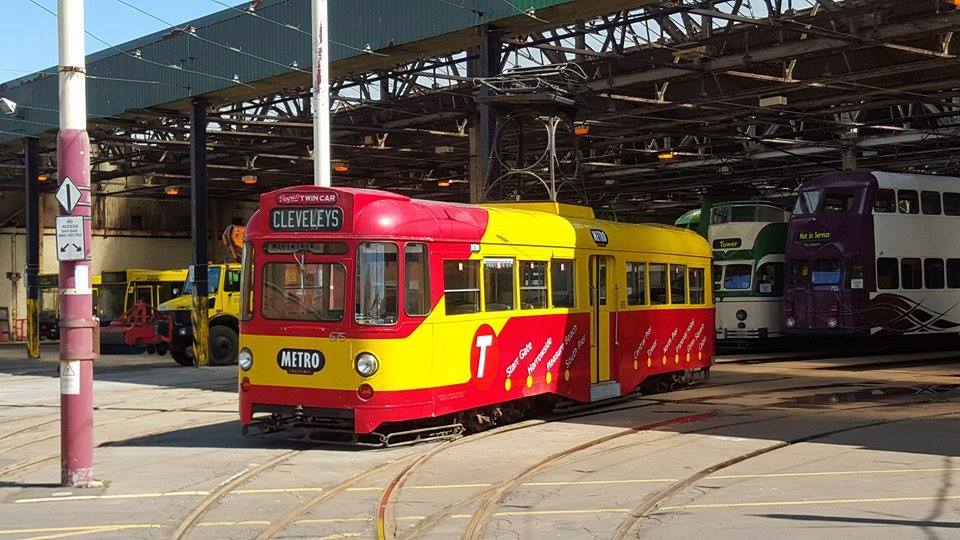 A lucky sighting of towing car 675 all alone on the depot fan on July 7th, looking slightly lost without its trailer but still presenting a smart appearance, although it is unlikely to get to Cleveleys for a little while longer! (Photo by John Whitehouse)

5 Responses to In Pictures: 675 goes solo