Brush cars start off the season at Blackpool and Crich

Saturday 28th March saw the 2015 season get underway for arguably the two main operators of traditional British trams – Blackpool and Crich. Appropriately, two consecutively numbered Brush Railcoaches were selected for service at the two locations on this day, with Blackpool 630 performing the first public run of 2015 at Crich, whilst its sister car 631 was one of two heritage trams operating in Blackpool.

This day was the first of the rejuvenated heritage tram service in Blackpool with two cars shuttling between Pleasure Beach and North Pier providing a rough twenty minute frequency for most of the day. More significantly however, this represented the first use of volunteer conductors on the Blackpool tramway and a great message regarding Blackpool Transport’s dedication to the heritage fleet was given by the appearance of new Managing Director Jane Cole as one of the heritage guards on this date, the other being Blackpool Heritage Trust Chairman Bryan Lindop. Remarkably Jane was working her first shift on the trams on her birthday, although after a few trips her place was taken by well-known tram enthusiast and former Fylde Tramway News Editor Andrew Blood, who duly became the first person to work on the tramway without being a paid member of staff. The trams were driven by the two latest additions to the Heritage team, Martin Gurr and Gary Conn.

Sadly the weather was very poor preventing the intended use of open cars, and therefore Brush car 631 and Balloon 717 were chosen to run on a semi-deserted promenade. Both trams left the depot before 1000 with 631 heading straight to North Pier to collect its first passengers of the day, whilst 717 reversed at Foxhall before heading south to the Pleasure Beach. Despite the appalling weather forecast, loadings on both cars were very encouraging and this bodes very well for the season ahead, particularly on days when the weather is suitable for Boat cars to be used.

For 631, this was its first public service use since last August although it has carried passengers a few times since on private charters, most recently when singer Pixie Lott travelled on the tram for a BBC filming session in November – it had quite a few more passengers this time though! By contrast, 717 had made its public year debut recently on the inaugural ‘Ride & Dine Wednesday’ tour and had also run a few times on private hires and crew training runs this year.

Meanwhile at Crich Tramway Village, a fully enclosed and heated tram fitted with a pantograph was obviously an attractive proposition for the volunteer crews on the first operating day of the year, as Blackpool Brush car 630 did the first passenger service journey of 2015. It was joined in traffic by Blackpool Standard 40 and Leeds 345, which in fairness was a pretty varied selection considering the obvious restrictions imposed by the miserable weather. This was also the first chance for visitors to see the revamped gift shop, now known once again by its former name ‘The Forge Shop’ and the interior certainly looks much more welcoming following its recent makeover.

Hopefully despite a rather dull start, both Blackpool and Crich will enjoy a lucrative season and it is particularly hoped that the Easter weekend will see much improved weather to bless the first major events at both tramways; the first 1940s weekend of the year at Crich, and an enhanced heritage service in Blackpool with six or more vintage trams due to run on Easter Sunday and Bank Holiday Monday. 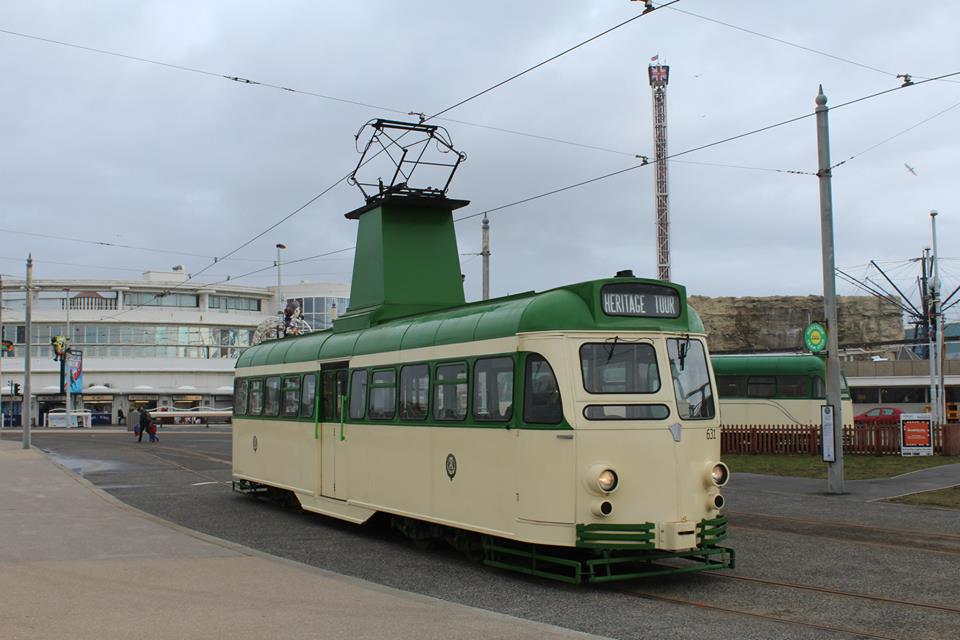 Blackpool Brush car 631 sits on the Pleasure Beach outer loop on the first day of the heritage tour operation in 2015. In the background another Brush car can be seen; 290, which remains on static display. 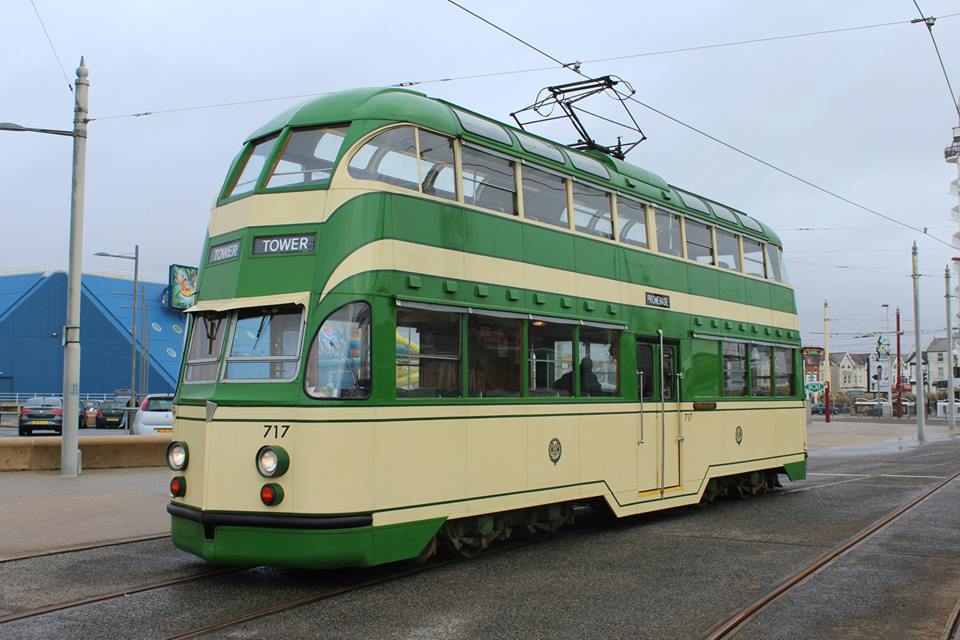 Also being employed on heritage tours on this historic day was Balloon 717, and it too is depicted at Pleasure Beach. (Photos x 2 by Bradley Jones)